DEEPICE project features several communication & outreach activities so as to train the early career scientists to acquire communication skills, but also to inform the public of the type of research funded by this European project.

On this page, you will find several communication products produced as part of DEEPICE project:

This material can be used for communication & educational purposes

You will find links to other educational resources about ice cores, Antarctica, paleoclimate & polar sciences.

DEEPICE project explained in a 7mn-video, featuring interviews with the project participants.

DEEPICE Infographics present in an educational and simplified way in what ice core sciences consist in.

It illustrates the scientific context of DEEPICE: the 15 PhD students are working on developing either analytical techniques to extract the data from the ice (proxies), as well as new interpretation of this climate proxies relying on updated statistical tools & models, as well as the quantification of the processes which create and alter the climate signal in the ice.

Their work will enable an optimal analysis of the very old and precious ice samples that will be obtained from the new Antarctic Ice Core Drilling project Beyond EPICA, in a few years from now.

The ultimate scientific goal of DEEPICE and Beyond EPICA scientific community is to understand what happened during a period called the “Mid-Pleistocene-Transition” which took place between 0.8 to 1.2 Million years ago. During this period, a major transition in the rhythm and intensity of the ice age cycles and scientists are trying to identify the factors of this major change.

Better understanding past climat changes is crucial to improve our knowledge of climate mechanisms and climate models that are used to predict future climate changes. 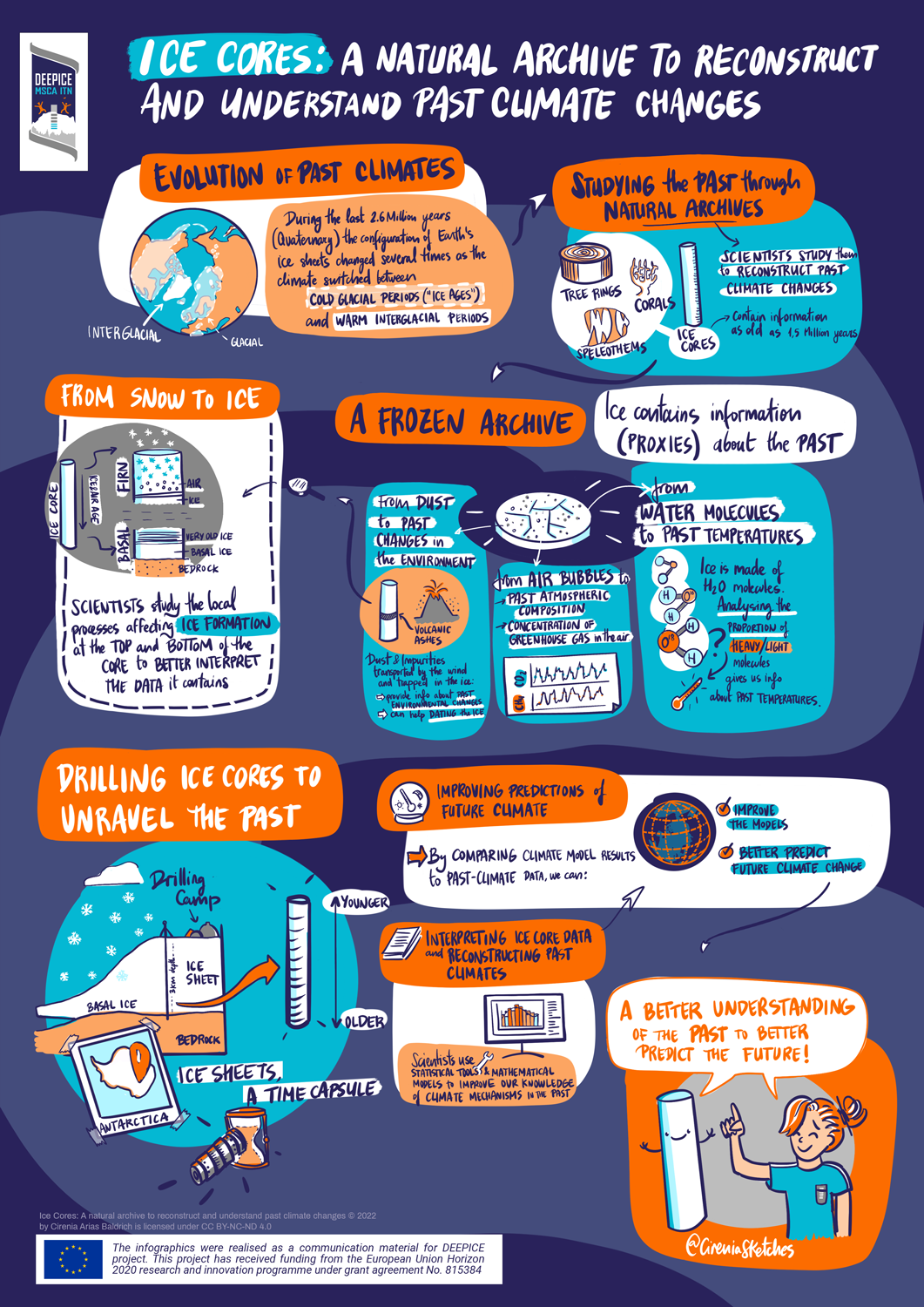 Ice Cores: A natural archive to reconstruct and understand past climate changes by Cirenia Arias Baldrich is licensed under Attribution-NonCommercial-NoDerivatives 4.0 International

Download DEEPICE infographics in landscape format for printing in English or in French.

These infographics on ice core sciences can be used for educational and outreach activities as long as their use comply with the CC 4.0 license (Attribution-NonCommercial-NoDerivatives 4.0 International).

This factsheet gives the key information about DEEPICE project. Download it by clicking on the image. 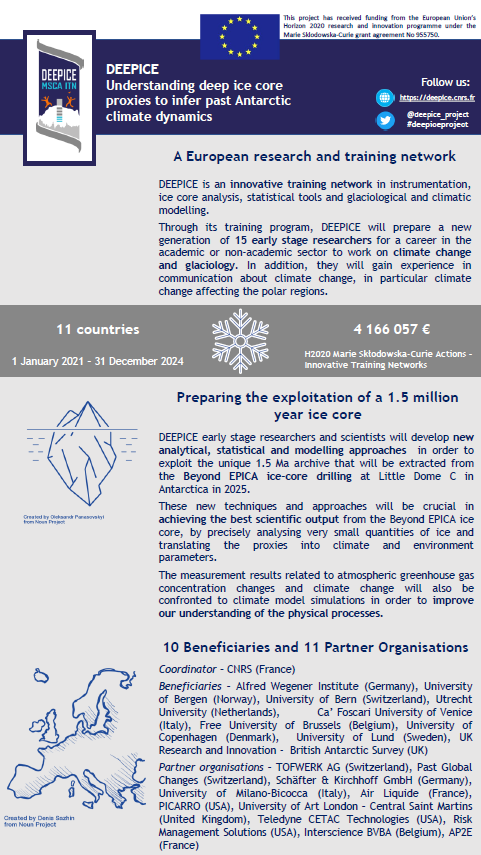 AntarcticGlaciers – Glaciers and Glaciation in Antarctica and beyond

Webdocumentary on paleoclimate (in French)