Back to the blog homepage

Stories from the field

A few weeks ago, I came back from a field campaign in Antarctica, at the research stations Dumont d’Urville and Concordia. I left Europe on November 18th and two months and a half later I landed back in Paris. A lot of this time was spent in quarantine and travelling, and the rest working in the field and living the life on these two different stations.

I first arrived in Dumont d’Urville (nicknamed DDU), a French coastal research station located on a small island 5 km away from the continent, where I stayed for a month. I was working for a research program called ADELISE, aiming at studying the evolution of the water cycle and the modification of the water stable isotopes from evaporation to precipitation in the coastal region of Adélie land in Antarctica. One of the goals of this program is to better understand the origin of the snow surface accumulation in this region of the world and also to understand the recent climatic evolution through the study of water isotopes. In order to do so, several experiments and instruments have been set up and are operating all-year round, including snow surface sampling and a water vapor analyzer (PICARRO) measuring continuously the isotopic composition of the atmosphere. The analyzer was installed some years ago and needed relocation and maintenance this year. When I left, one of the winterover crew members took over and is now in charge of the instrument during the wintertime, when nobody can access the station for 8 months. I also got the chance to contribute to other research programs in the field, such as the preparation of a trench on the closest glacier l’Astrolabe, which was going to host a seismological station to measure and record the movements of the glacier; or measurements of snow accumulation across a field of stakes located on the continent close to shore. 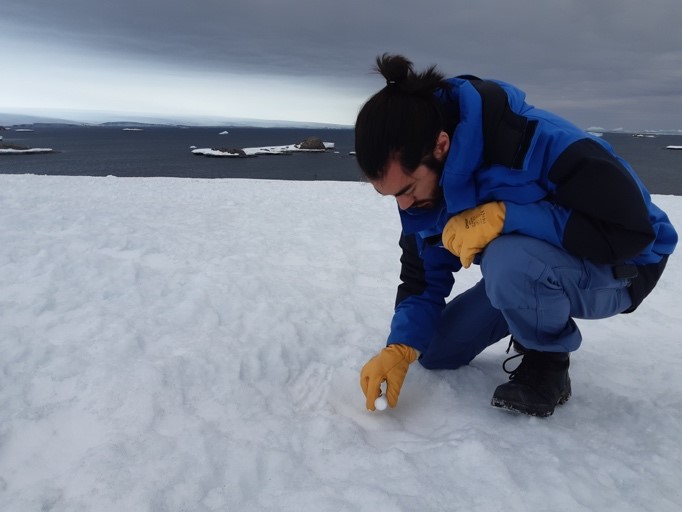 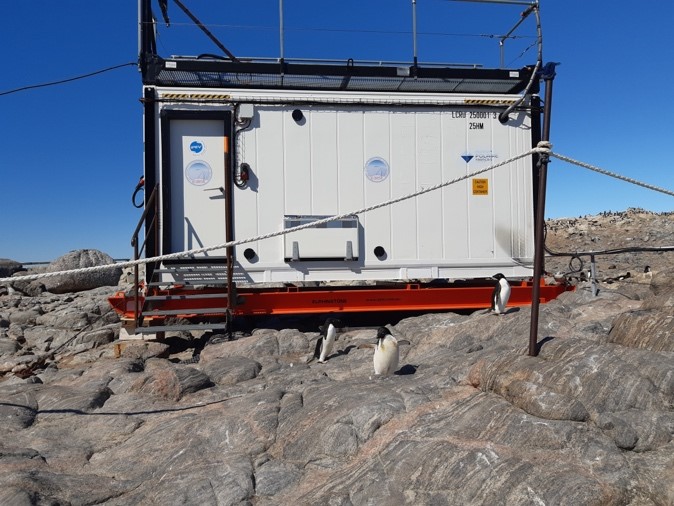 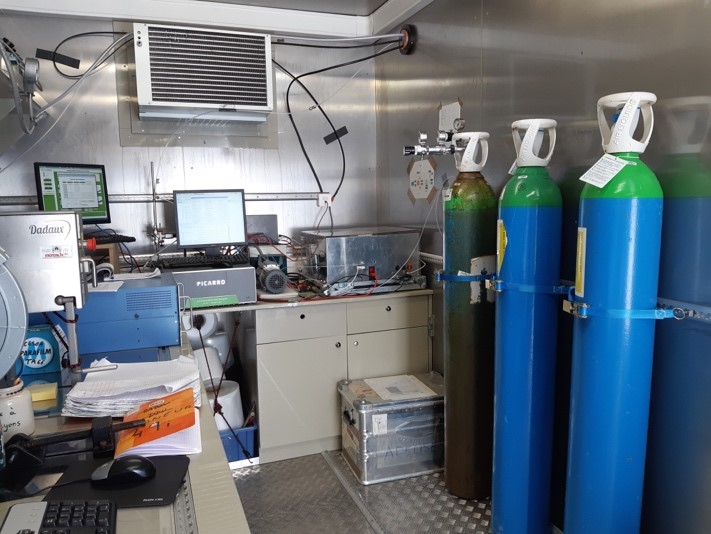 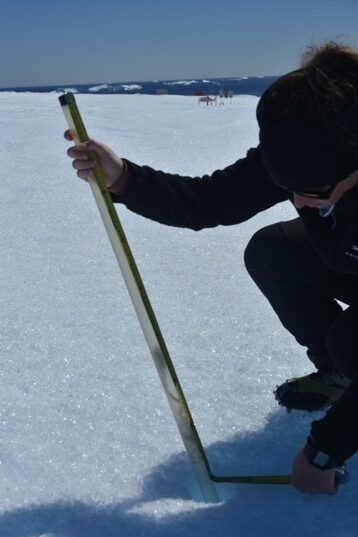 Other than work, I got to spend my time taking part in the life of the station and enjoying the surroundings. We were about 60 people on the station, sharing social moments and places. For Christmas, we shared handmade gifts, a delicious meal, and had a nice evening. Especially while being away from home, it was nice to share a special moment and feel a bit of the Christmas spirit. I went on a great walk on sea ice during one of my days off to discover the surroundings of the station. We walked by a penguin colony, saw some juvenile emperor penguins, Adélie penguins (which are smaller than emperors), some seals and lots of birds. It was a beautiful day and it really felt like I was in a documentary! After New Year’s Eve, the chief of the station organized a bathing in the Southern Ocean. The water was close to its freezing point, recorded at -1.3°C, but it was one of the things I was so excited to do going there! So, we went to the ‘beach’, a nice area on the island where you can easily go in the water, and most importantly, go out quickly. We had very warm conditions for a few days, around +7°C during the day, and that really felt like summer. I was working outside in t-shirt, not being even cold. Few days later, a storm came, and that was a lot different … It became hard to even walk from one building to another! Overall, I really enjoyed the time I spent there, surrounded by a beautiful landscape just outside the window. 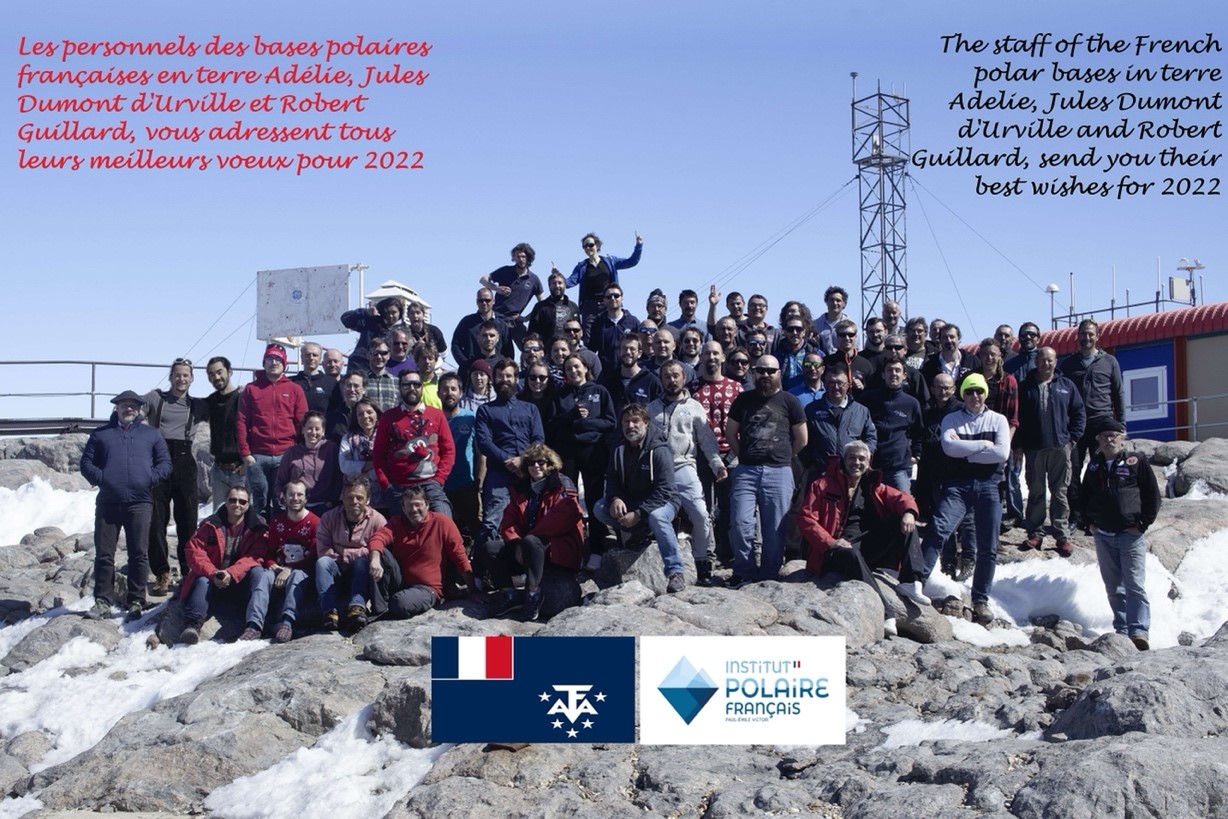 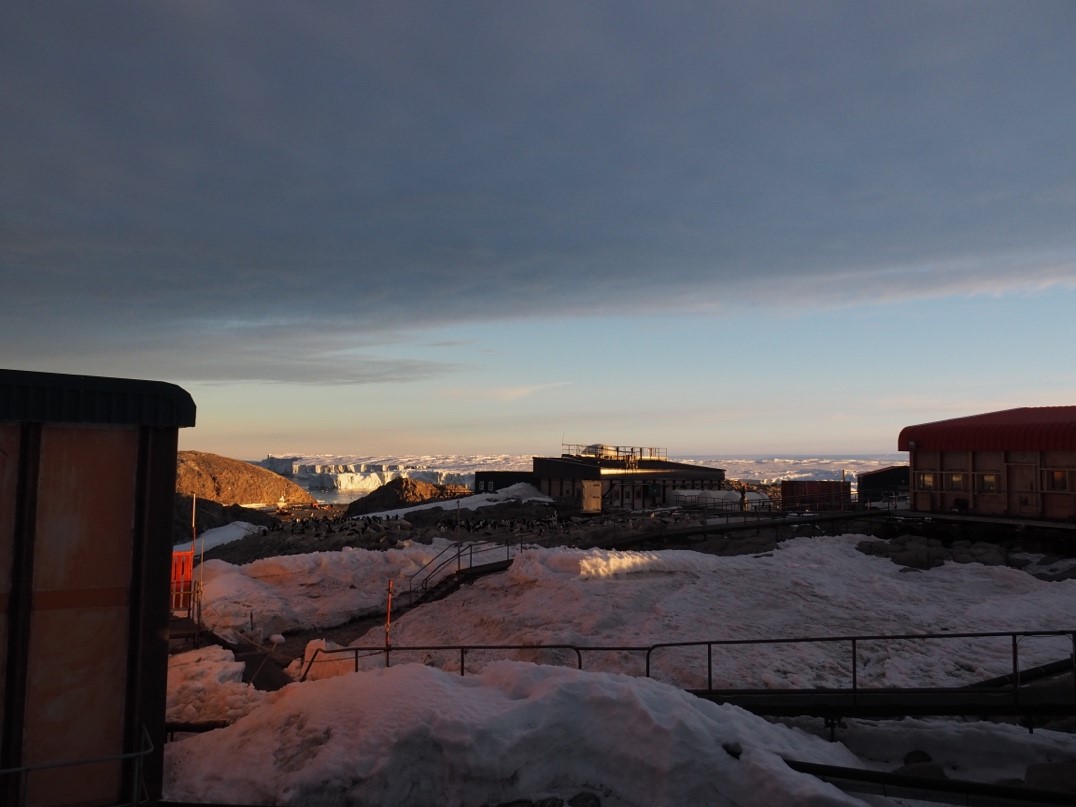 The station at sunset and the Astrolabe glacier behind 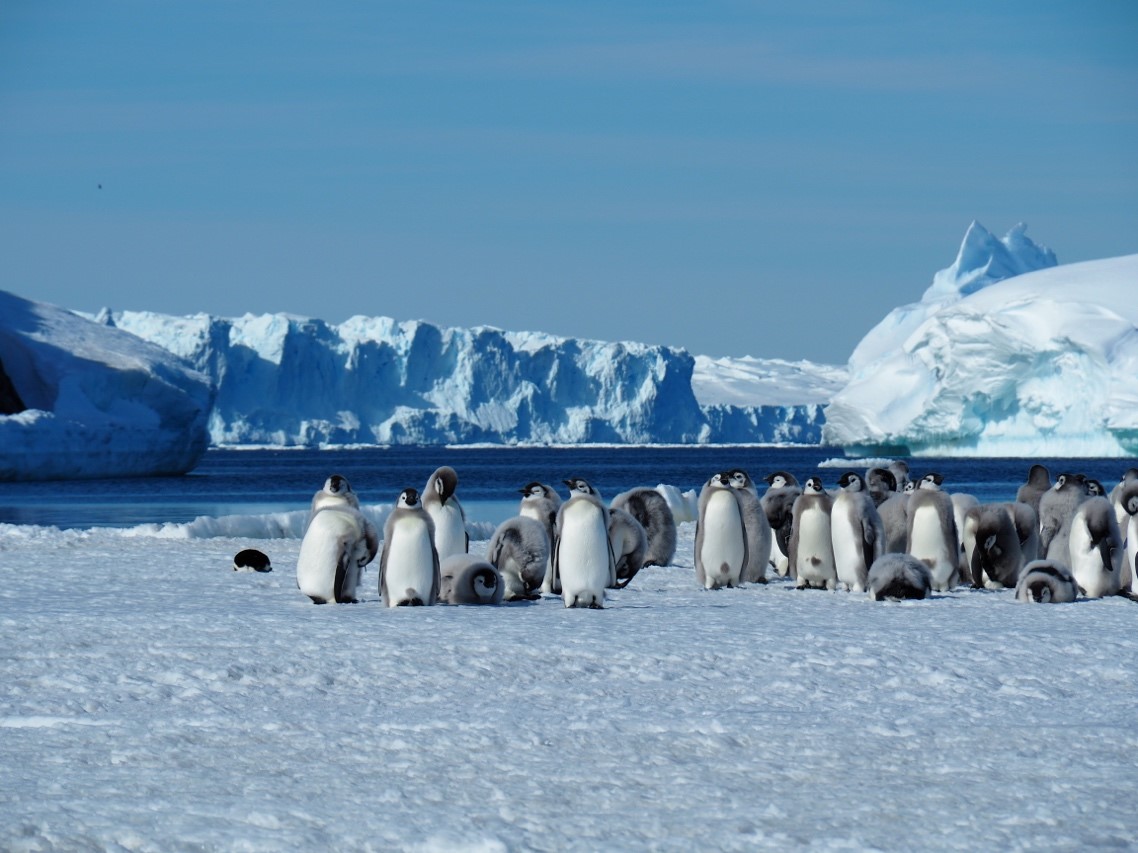 Juvenile emperor penguins on sea ice in front of icebergs 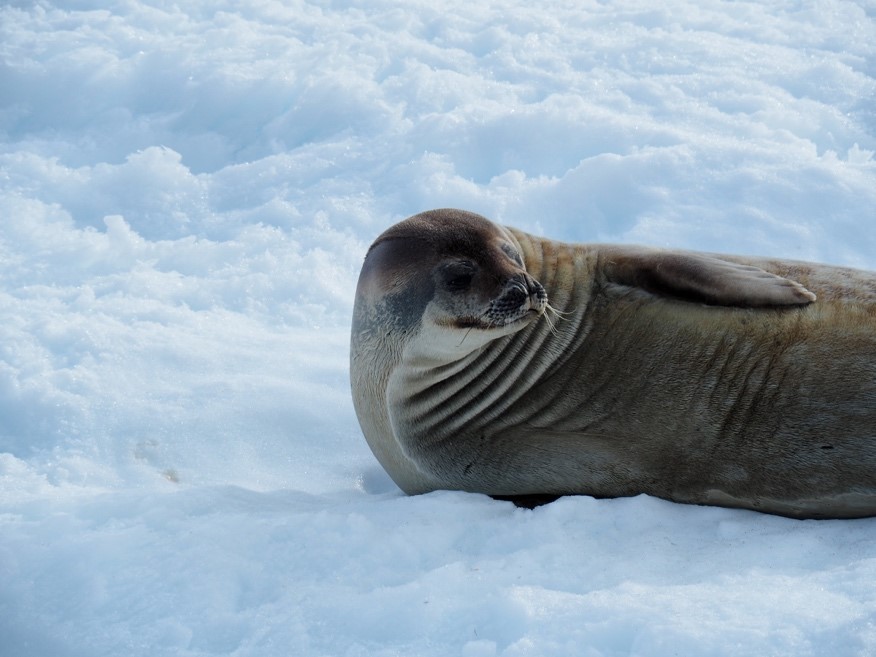 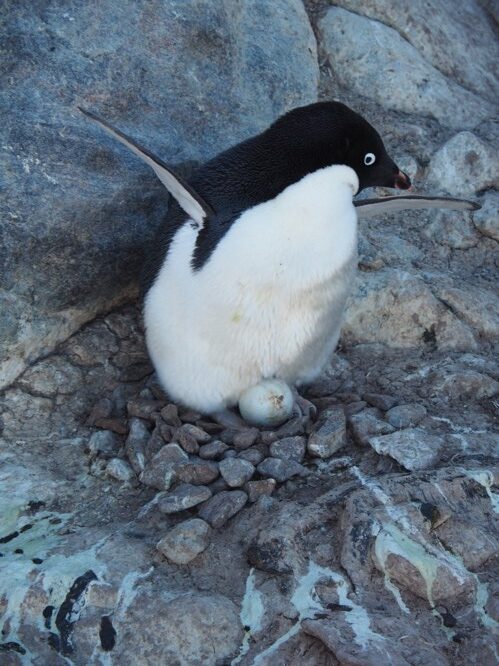 Weddell seal and an Adélie penguin brooding its egg

After the work was done in DDU, I took a small plane for four hours, to get to the inland and French-Italian station Concordia, where I stayed for 10 days. The station is located 1200 km from the coast, at 3200 meters elevation. There, I was in charge of the reinstallation of another water vapor analyzer, the same model as the one in DDU. These measurements are used to understand the isotopic transfer function between the coastal region and the East Antarctic plateau, as well as interpret the isotopic profiles measured in the deep ice cores drilled in this region of Antarctica. The goal of my stay there was again to make sure everything was working well for the upcoming year, and characterizing the instrument by doing several calibrations. Besides that, I performed some intensive snow surface sampling, for three days and three nights, to capture the evolution of the snow surface isotopic composition on the diurnal scale. Part of my PhD project will be to use all these field data to understand how stable water isotopes are evolving in the atmosphere, the precipitation and the snow surface and how the atmosphere-snow exchanges are impacting the isotopic climate signal stored in the snow surface later transformed in an ice core. 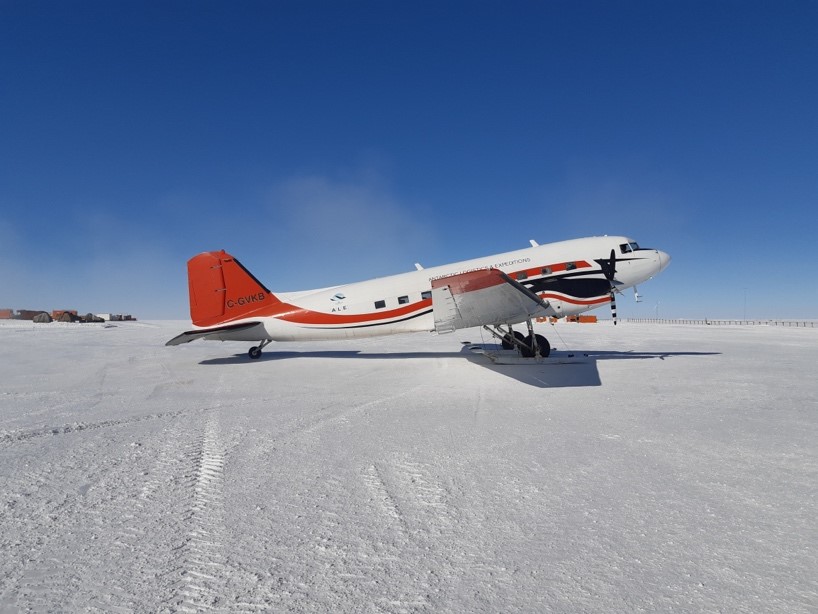 Basler plane to go to Concordia 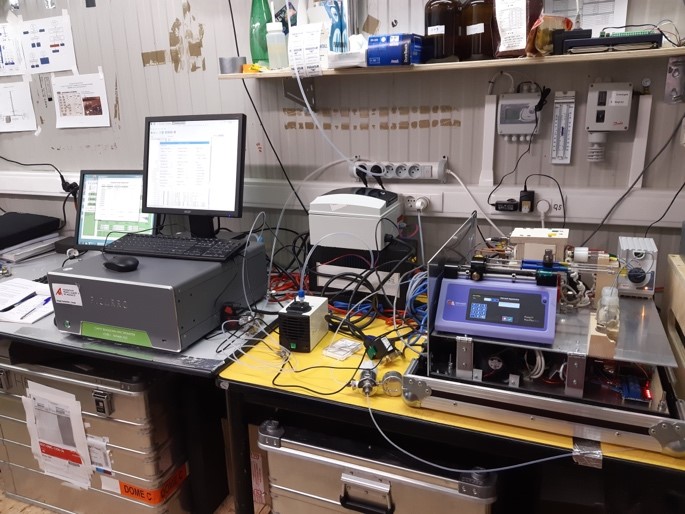 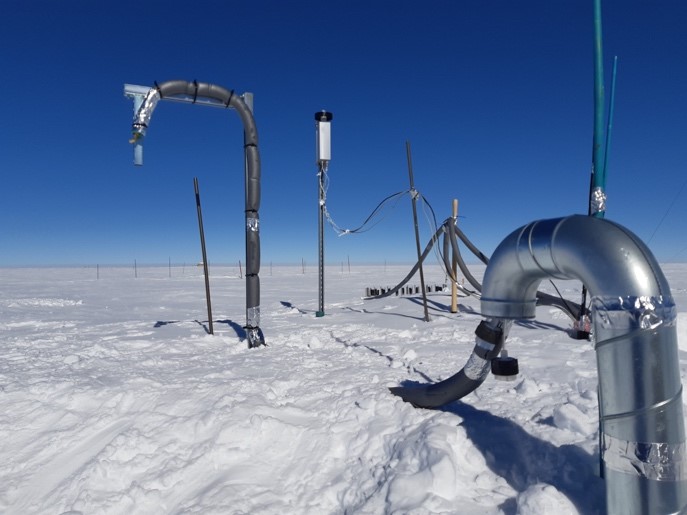 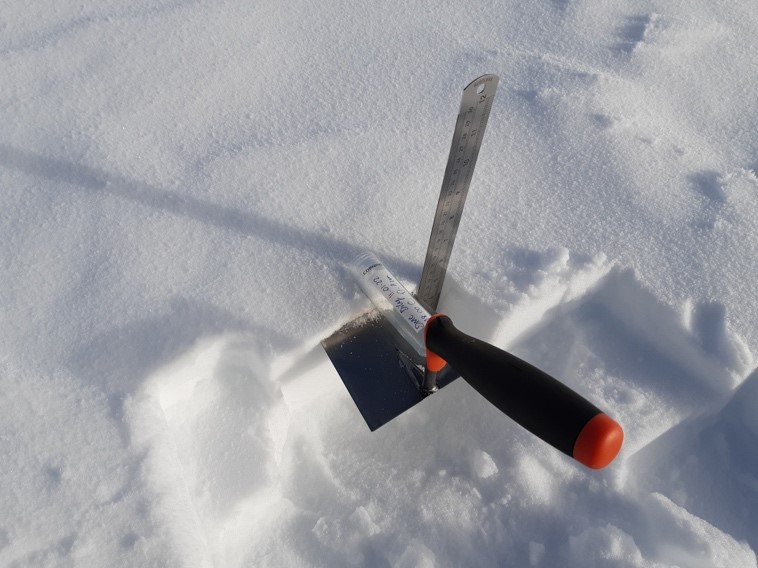 Because it is so high in altitude, and also because I got the covid vaccine in DDU right before leaving for Concordia, I spent the two first days after arrival resting and acclimatizing inside the station. Then I was very busy with my experiments, so I didn’t do much besides work. Nevertheless, I enjoyed spending time with people during meals and gatherings at night; and walking around the station to admire the purely flat and white horizon that is so special about this area of Antarctica. The weather was mostly good, cold of course, with temperatures reaching about -35°C and -45°C windchill (how the temperature actually feels because of the wind). Fortunately, we were very well dressed to cope with these conditions, with about 8 kg of clothing and heavy boots! 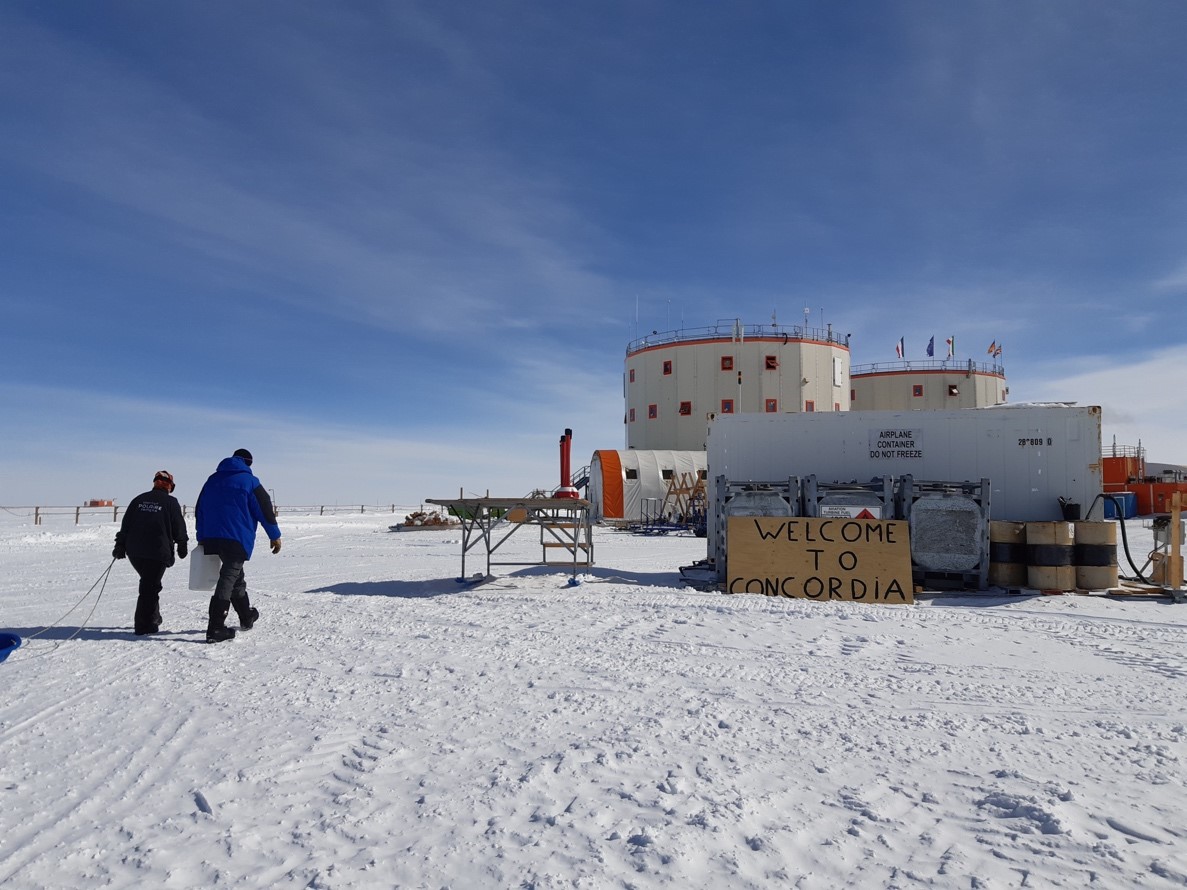 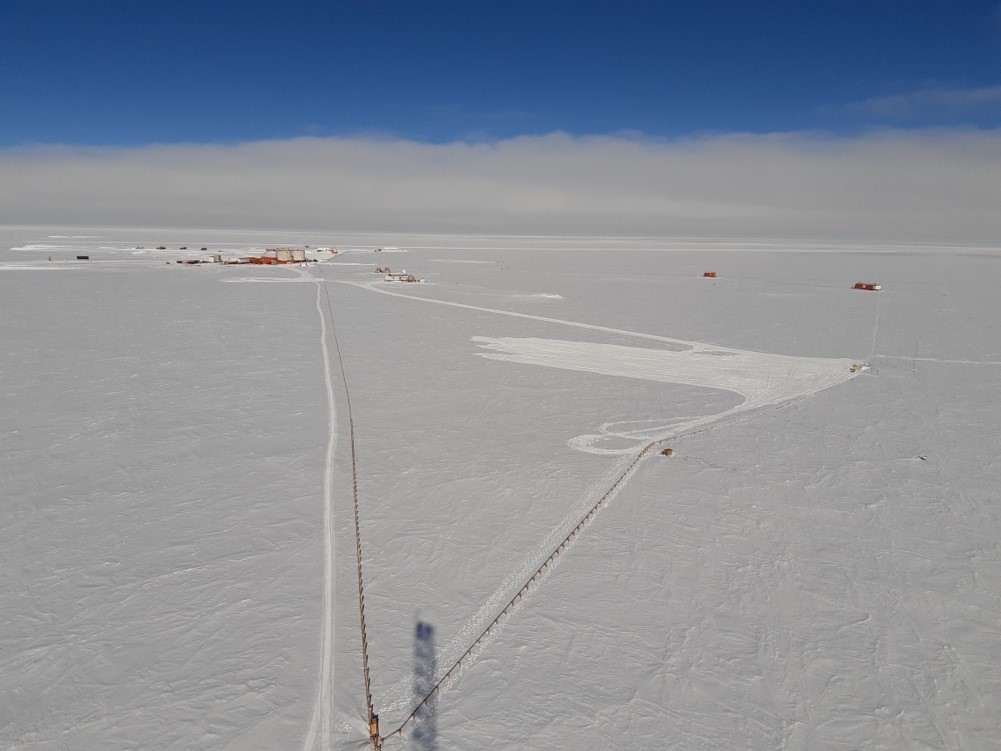 Once the experiments were finished, I took a plane to return to DDU, where I spent one last evening on the station before boarding the ship. The next morning, we waved goodbye to the people staying from onboard, and we started our journey back to Tasmania. The way back took approximately five days and then we spotted the mountains of Tasmania. Some dolphins in Hobart’s Bay to complete the trip, and we were back to civilization. It took some extra days before we could go out of the ship and enjoy an afternoon in town before taking the plane back to Paris. After the last goodbyes in the airport, it was time to go home … this field mission was very enriching and a wonderful experience! 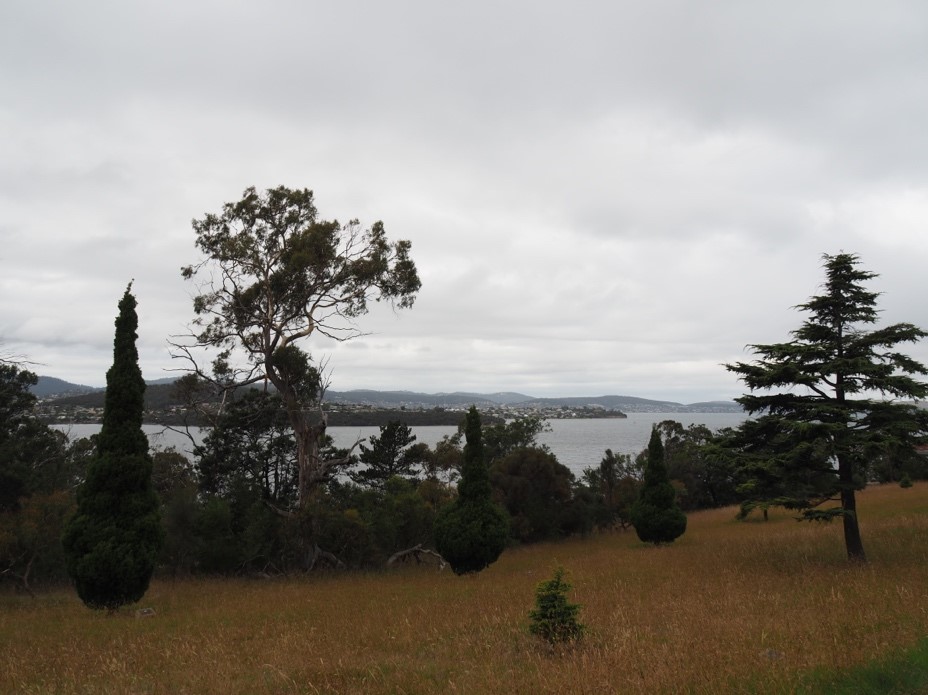